Showing posts from September, 2017
Show All

The proof of the pudding ...

September 30, 2017
The Board of Deputies of British Jews looks at the Labour rule change on antisemitism
Post a Comment
Read more

Sneers and slander as anti-Israel Jews use a jackboot

September 29, 2017
Baroness Chakrabarti's speech at the London School of Economics

September 29, 2017
Jackie Walker is the former vice-president of Momentum.

"Why were you suspended from the Labour Party?"

Maajid Nawaz on "The Final Solution"

September 29, 2017
Maajid Nawaz on LBC, on the Labour Friends of Palestine calling for a "Final solution"

An article in The Times

September 28, 2017
How many more times must we condemn antisemitism in Labour?

Is Labour a racist party?

September 26, 2017
The chief of the Equality and Human Rights Commission Rebecca Hilsenrath says they are in danger of being seen as a racist party
Post a Comment
Read more

September 26, 2017
Today, Campaign Against Antisemitism has published the initial findings of a comprehensive ongoing research project to track antisemitism amongst office holders in political parties
Post a Comment
Read more

September 25, 2017
At a fringe event at the Labour conference, a fine crop of antisemitism.
Post a Comment
Read more

September 25, 2017
Jackie Walker, who was suspended from the Labour Party not once but twice for claiming “Jews” financed the slave trade. 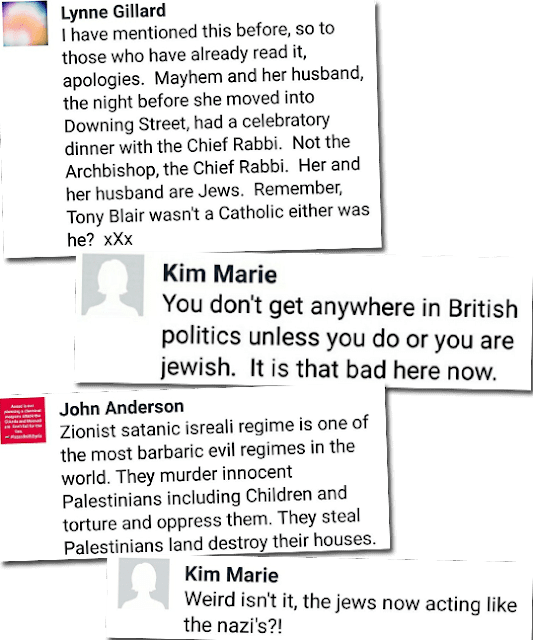 Thanks to order-order.com for spotting this. For more of the same, go here. 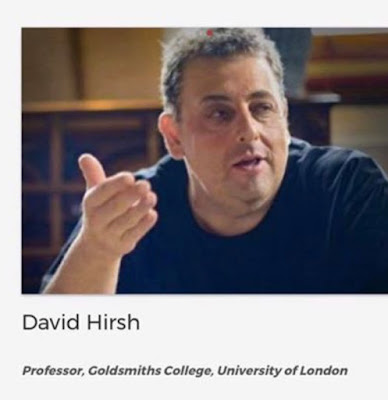 We are delighted  that on 19th September 2017 David Hirsh, the  writer and presenter of the film Whitewashed, joined Ollie Anisfeld, J-TV, on the Algemeiner top 100 list.


Among anti-BDS activists, Britain’s David Hirsh particularly stands out for giving a name to one of the most insidious forms of modern antisemitism: the “Livingstone Formulation,” named for frequent practitioner Ken Livingstone, the former mayor of London.
The phrase describes a rhetorical sleight of hand in which anti-Israel activists claim they are being attacked in bad faith as a result of their criticism of Israel, then make the antisemitic charge that the attack is “part of a common secret plan to silence such ‘criticism.’”

Founder of the anti-BDS group Engage, Hirsh most recently wrote and narrated the documentary "Whitewashed," on antisemitism in the Labour party.

We're proud  that we took Whitewashed to  J-TV's talented Ollie Anisfeld and it became their first documentary. On 19th September 2017 he joined David Hirsh, the film's writer and presenter in Algemeiner's top 100.

Oliver Anisfeld has become a Jewish new media mogul at the ripe old age of 22, having launched the British-based YouTube channel J-TV.

Anisfeld says the idea for the channel came because of a “gap in the market. … There was an apathy about Jewish identity.. My idea was to create a new, high quality, online global Jewish media channel.”

Faced with disinterest, Anisfeld barreled his way into the office of Lord Kestenbaum, a Jewish peer, and quickly convinced him to support the idea. Former Chief Rabbi Jonathan Sacks also embraced the project.

The purpose of the channel, Anisfeld states, is “to engage both Jews and non-Jews who want to understand Jewish culture.”

Whitewashed in Duluth, Minnesota, and in Ottawa 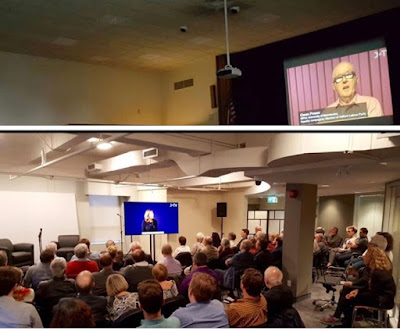 Whitewashed in Duluth, Minnesota, and in Ottawa with David Hirsh.o please buy the book or download on kindle. All proceeds go towards spreading the message.
Is there someone who you think should read it?